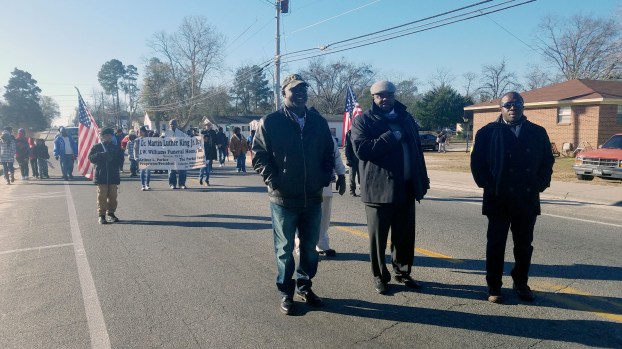 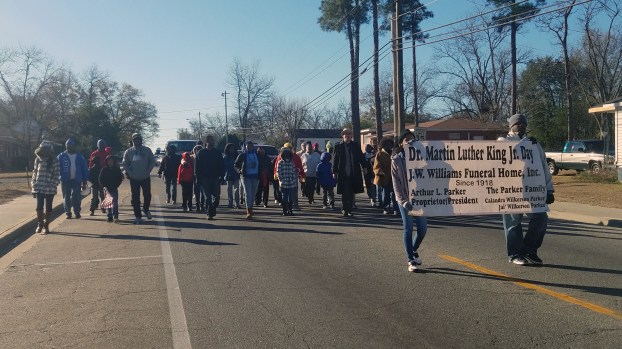 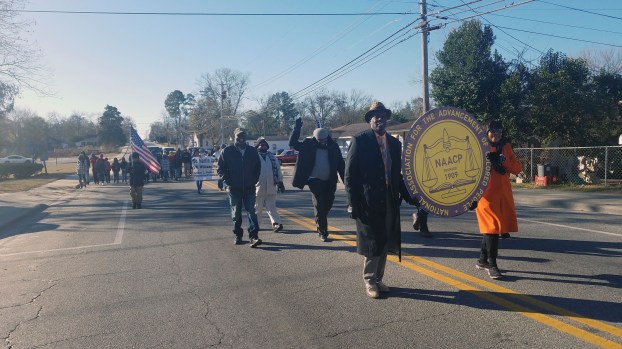 The president of the National Association for the Advancement of Colored People (NAACP) Cordele chapter,

Membrish Brown marched at the front of the crowd with fellow NAACP board member, Glenda Rivers. Together they held an NAACP sign that stated the organization was founded in 1909. Brown has been one of the organizers of the MLK march in Cordele since 1996.

“When we originally started, we used to just march to the courthouse and disperse. About four or five years later we started a complete march all the way. We started marching at churches, rotating the churches to have the program. We outgrew the churches so we had to go to the auditorium of A.S. Clark,” Brown said.

Glenda Rivers has been a part of Cordele’s MLK march since 2001 when she relocated from New Jersey and came back to Georgia.

“I think the message of the day would be unity, love, peace and remembering Dr. King and what he stood for and that it never be forgotten what it cost us to be out here to march and to march in peace,” Rivers said.