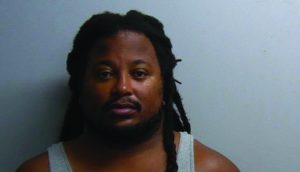 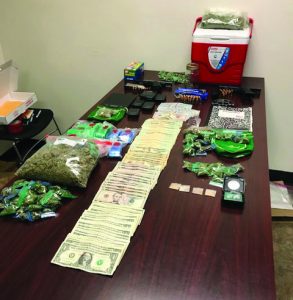 CRISP COUNTY – Jamie D. Hall, 47-year-old male resident of Crisp County was arrested Friday, February 16, 2018 at 11:05 a.m. Deputy First Class Purvis initiated a traffic stop on a 1997 tan Cadillac Deville for a tint violation. DFC Purvis smelled the odor of marijuana coming from the driver. The driver then admitted to marijuana being inside the vehicle. A search of the vehicle resulted in 2.6 ounces of marijuana packaged to sell, a large amount of currency, and a firearm. Consequently, Hall was placed under arrest and transported to Crisp County Detention Center.

Search warrant being obtained for the residence belonging to Hall. At 12:21 p.m., a search warrant was served for Hall’s residence at 510 W 15th Ave. The search yielded marijuana, MDMA, methamphetamines, a handgun and drug paraphernalia.

The total seizure from the traffic stop and residence was 1.5 pounds of marijuana, two grams of meth, 16 tablets of ecstasy tablets, several scales, two firearms and $2,942 in cash.