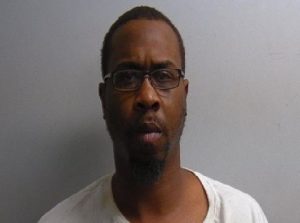 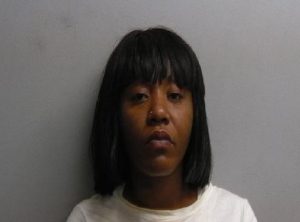 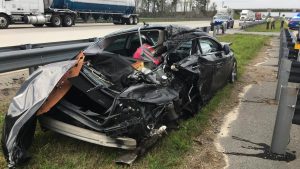 PRESS RELEASE ATLANTA MAN ARRESTED AFTER CHASE CRISP COUNTY- March 21, 2018 Freddie Lundy, 34-year-old male, and Kenyatta White, 31-year-old female both residents of Atlanta, Georgia were arrested on March 18, 2018 at approximately 4:00PM. Corporal Purvis attempted to initiate a traffic stop on a black Mercedes for excessive speeding on GA 401/ I75 at mile marker 104. The driver failed to stop and fled northbound. Corporal Purvis was unable to continue pursuit due to heavy traffic and loss of visual. Dooly County Sheriff’s Office picked up visual on the suspect around mile marker 115 and pursued him northbound. Crisp County Sheriff’s office was then notified by Dooly County Sheriff’s Office that the vehicle was involved in a car accident around mile marker 123. Dooly County EMS responded to the scene. The only injuries reported were minor. After Lundy and White were treated and released by Dooly County EMS they were both arrested and transported to the Crisp County Detention Center. Lundy is charged with Possession of Methamphetamine, Possession of Firearm or Knife during Commission of Crime, Receipt, Possession, or Transfer of Firearm by Convicted Felon, Possession of Marijuana, Possession of Open Alcohol Container, Fleeing or Attempting to Elude an Officer, Driving in Emergency Lane-No Emergency, Speeding in Excess of Maximum Limits, and many other traffic violations. White is charged with Possession of Marijuana, Possession of Open Alcohol Container, and Permitting Unauthorized Person to Drive. Sheriff Billy Hancock thanks Dooly County Sheriff’s Office for their assistance.