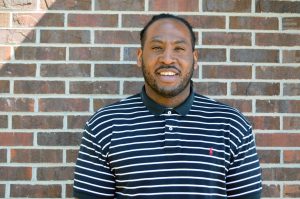 Joshua Deriso is a new candidate running for the State House of Representatives District 148, the seat that Representative Buddy Harden is retiring from.

Joshua is from Cordele and grew up in the housing projects of Cordele. He graduated from Crisp County High School in 2005, and went on to earn a Bachelor’s Degree in Political Science from Georgia Southern in 2009. Joshua also has a Master’s Degree in Clinical Social Work from UGA. Here is the interview with Joshua about his running in the election.

Q: Tell me about your background. Why do you want to run for House of Representatives?

A: “I think what qualifies me more than anything is that I not only have lived here, I’ve lived throughout the rest of Georgia. So I’ve seen how different things react in Georgia and I always came back home. I also have worked in just about every sector, especially the ones that take the most out of state budget, meaning education, healthcare and human services. So I have worked in those programs and seen how things are done on the ground at a practical level. I do have a degree in Political Science from one of the best institutions in the state, which is Georgia Southern University. I think my life has led me here.

The reason I’m running is that you have to have a clear focus on how everything relates to one another. When you vote in the legislation, your vote carries. You may vote on healthcare, but you’re also going to be voting for jobs and we can use more jobs in this area.”

Q: What will your top priorities for helping to grow rural communities such as Cordele?

A: “Definitely healthcare is a big thing, because when you look at the rural areas of course poverty is a big thing. I believe in investing in people, because that’s how you get economic growth. So when you get that poverty and you know Crisp County, every county in the district, Crisp County, Wilcox, Pulaski and the bottom portion of Perry, ranks in the top 10 of the counties in poverty in rural areas in the state of Georgia. People die younger in rural areas, for some reason than other areas. I also want to be a force within the legislation to get Georgia specifically to start looking at prescription medicine and the cost. Right now, the costs are so high.

Education is a big thing for me, because without education I don’t think I would have made it out of Cordele. I grew up right here and I lived in the projects throughout my childhood. Drayton 24th projects over there. So I know that education, if it’s used correctly can uplift any kid or any people out of poverty. That’s where it started for me. I’ve lived both sides in poverty and I live privileged now I would say, but I’ve never forgotten what it was like to be in poverty. So definitely healthcare, prescription medication and education also on the college level with tuition. We have the Hope Scholarship, and during Governor Deal’s time they had made some changes to Hope to make it more long lasting. However, we’re now for the fifth straight year the number one state to do business in. What I would like is to look at education because we won’t continue to be the number one state to do business in if our education is not up to par. It surprised me how people don’t understand that goes hand-in-hand. It’s about families, and helping them live their best life, for the good working people throughout the district.”

Q: How would you tackle the need to bring in and keep young professionals in rural communities?

A: “If you look at my class of ’05 from Crisp County, there are not many of us left. You look at my older sister’s class or my brother’s class. They’re not staying. What we do not have here is engagement, civic engagement. We don’t have enough civic engagement. The football games, everyone goes to that for the most part, especially because they’ve been pretty good lately, but there’s also a responsibility to create a sense of citizenship within the community, within Cordele, within Crisp County. I think once you give somebody things to do, on a very basic level, where they don’t have to drive to Albany or Macon or Atlanta to have things. That’s what’s going to keep the young people. Just things to do, like festivals, we have a lot of land. So let’s take advantage of that and create a small city. One thing that really good small towns do, their downtown area is really built up and developed. I think we can do that. The landmark businesses that have helped create it, we’ve got to build more of that and create a small town connection in which there’s civic engagement, I think that’s the start to keeping young people here.”