Car chase through Crisp and Dooly, ends in Turner County with arrest 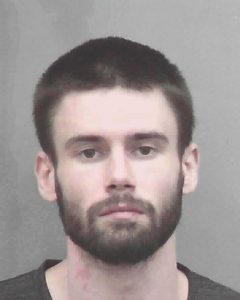 ASHBURN– On Thursday, July 19 at approximately 5:10 p.m., a Crisp County Sheriff Deputy clocked a 2014 Cadillac traveling at speeds of 112 mph Northbound on I-75. Crisp County alerted the Dooly County Sheriff’s Office and deputies attempted to start a traffic stop on the vehicle. The vehicle sped up and fled from authorities. The vehicle exited I-75 in Unadilla, turned around and entered back on I-75, this time Southbound. Crisp and Dooly Counties had to call off pursuits due to inclement weather and alerted Turner County Sheriff’s Office and Ashburn Police Department of the vehicle speeding down I-75.

The suspect reached speeds of over 140 mph while police stayed in pursuit. Just as Ashburn Police attempted a maneuver to “box him in,” meaning one police car stays behind the vehicle in pursuit and another pulls around in front of the suspect’s car, the suspect ran out of gas.

The suspect was arrested by approximately 5:15 p.m. on multiple charges including Erratic Lane Change and Reckless Speeding.

The suspect is 22-year-old Matthew Pappu of Longwood, Florida and is now booked into Turner County Jail.