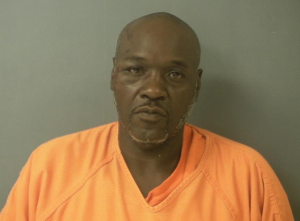 UNADILLA– Tracy Lamar West, a 50-year-old resident of Unadilla, Dooly County was arrested following a short foot pursuit at approximately 1:45 a.m. on July 21, 2018. At approximately 1:40 a.m., the Dooly County Sheriff’s Office received a call from an owner of the Unadilla Food Mart concerning a burglary in progress. Deputies arrived on scene two minutes later and encountered West concealing himself in the shrubbery adjacent to the Unadilla Food Mart.

West initially complied with instructions given by the deputies, however when deputies began checking West for weapons, he fled on foot. Deputies quickly apprehended West and he was placed into custody.

West was arrested for burglary, possession of

tools for commission of a crime, obstructing or hindering law enforcement officers, and criminal damage to property. West also has outstanding warrants in Lowndes County.

I would like to commend the responding deputies for their prompt response and safe capture of West.