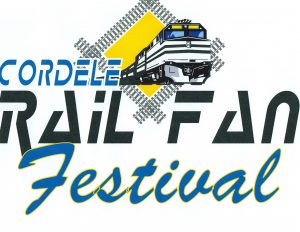 CORDELE- The first ever Cordele Rail Fan Festival is set for Saturday, November 10, in downtown Cordele. It is obvious that Cordele is a city built by the railroad industry, and the organizers of the Rail Fan Fest are expecting quite a few railroad-watching fans to visit Cordele during the event.

“Cordele is here and was established because of the railroads. Rail fans love Cordele because of the trains. We see trains as an inconvenience because we have to go around them, but they love it,” said Cordele Main Street Director, Monica Mitchell. “So the building on the corner is being remodeled here for a railroad museum and half of it is going to be gallery space for the Arts Alliance. We have invested over there, and of course the Georgia Grown Trail runs on 41 and so we are trying to make the intersection of Ninth Ave and Wall St the core of our rail tourism.”

Mitchell and the rest of the event organizers hope to make the Rail Fan Festival an enjoyable event for any that might be interested.

“People get into this train watching,” said Mitchell. “We’ll have Frank Crowe, a well-known railroad artist, and we’ll have three model railroad clubs. We are going to have entertainment for the kids, we’ll close Ninth Avenue and have bouncy houses, games and other things for the kids to do. Then we are going to go down on Wall St where they just tore all the buildings down and we’re going to set up temporary pop-up tents, borrow some bleachers, and we are going to have arts and craft vendors on Wall St. and people can sit over there to watch the trains and take pictures,” she explained.

The plan for the event is to get the community really involved because a lot of volunteer help will be needed, according to Cordele Main Street.

“We’re going to need volunteers, we want to have a really big cleanup the week of the festival,” Mitchell said. “People will be coming in from 16th and 7th so we want all the gateways into the community looking really nice. So we are just basically reaching out to people so that they will know that this event is coming, so they will start talking about it within the community.”

Future plans for Cordele railroad history tourist attractions will be built around the diamond switching station.

“We are going to build an observation platform, and we are going to do a whole park that we are going to call Railway Park. It will have green space, parking area and the observation platform,” Mitchell said in reference to the future projects. “It will be in the vicinity of the diamond, which is right over there at Wall St, right behind the college. That is the hotspot, that’s where the rail fans like to get and take pictures. In the railroading community, the diamond is very important. It is the switching station for three different rail lines, and there are very few in this part of the United States,” she added.

Mitchell went on to explain the effects the rail tourism plans will hopefully have on the local community and economy.

“Cordele needs tourism products, we need things that get people into town, and get them to stay. There is a huge difference between a tourist and a traveller. Travellers are the people that get off of 75 and spend the night in the motel. We love that because it is sales tax and SPLOST money,” said Mitchell. “But we want them to come and stay, maybe spend two nights and visit what we have. So the Downtown Development Authority is working to enhance and enlarge our rail tourism product that we have already. People are already coming to town to watch the trains, so we want to give them a safe environment to do it in.”

In the last few years, several other communities in the state of Georgia have been getting into rail tourism because of the positive effects it can have on local economies. Manchester, Locust Grove and Dalton were all places Mitchell pointed out. The ribbon cutting for the Railroad Museum will be on November 10 at 10:00 a.m., and the rest of the event will take off from there.

The organizers of the event are expecting a decent turnout for the festival, but some of the details are still to be finalized.

“Now a lot of the communities do more than one day for the festivals, and that is something that we are interested in doing, but I would much rather start off small with something new so that you can make it buildable,” Mitchell said. “We wanted to do some entertainment, but we are not giving up on that part yet. Anybody that wants to volunteer with their group just for the experience should come perform; we would love to have them. We just want as much participation, especially local participation, as we possibly have,” she concluded.