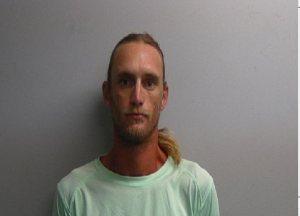 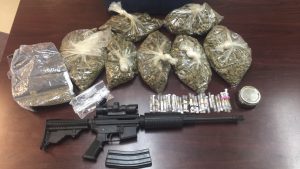 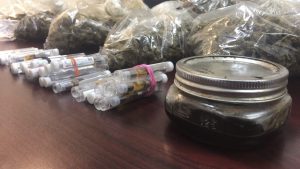 Greer reached out to Mid-South Narcotics Task Force for assistance in the search and seizure of the suspected marijuana. A search of the vessel resulted in 5lbs. of marijuana with a street value of $25,000, 36 vials of Butane Hash Oil, and a large jar of THC oil.

Sheriff Hancock stated, “I am grateful for the partnership Crisp County Sheriff’s Office has with the Department of Natural Resources. We are fortunate to have extraordinary DNR Officers in our county that care deeply about the safety and welfare of our local citizens”

Game Warden Sgt. Greer stated, “Teamwork is vital in law enforcement. I am thankful Crisp County Sheriff’s Office responded swiftly to our call for assistance and was ready to help.”