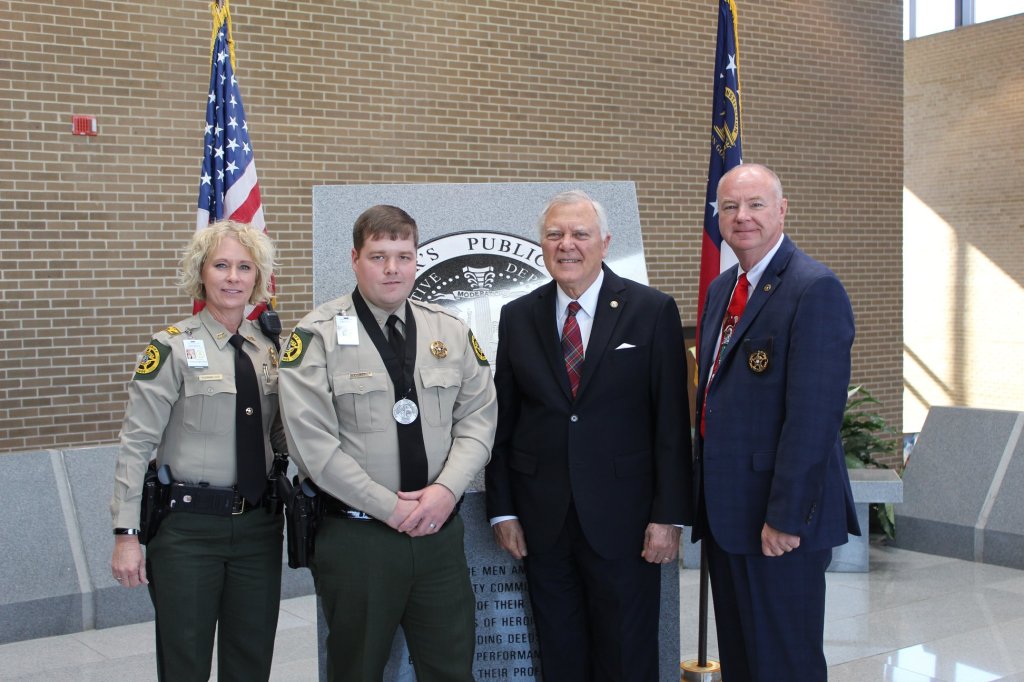 Crisp County Sheriff’s Deputy Lance Spurling was among 14 recipients of the 2018 Governor’s Public Safety Award on Thursday. He was nominated for heroism displayed during a June 6th boat fire on Lake Blackshear.

While fishing that day on his personal boat with a friend, Spurling noticed flames blazing out of the back of a vessel near the Lake Blackshear marina. He was able to approach the flaming boat and help one passenger out of the water and another out of the boat and return them safely to land.

Spurling then ferried first responders back to the burning boat in an effort to extinguish the fire, which was eventually put out by the combined efforts of Crisp County Fire, the Crisp County Sheriff’s Office, and the Department of Natural Resources.

Spurling is the first local law enforcement agent from Crisp County to receive the prestigious honor, which was presented by Governor Nathan Deal in a ceremony on Thursday.