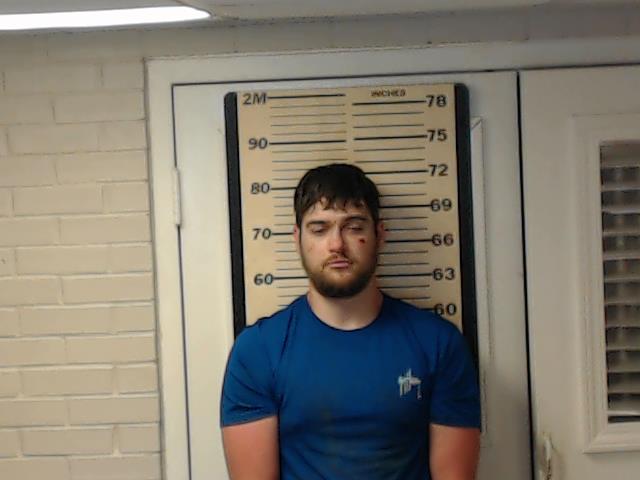 Spencer Bentley Brooks, age 26 of Warner Robins, pled guilty in Superior Court to the offenses of burglary, two counts of theft by taking, and two counts of possession of a firearm by a first offender. Judge Chris Hughes sentenced Brooks to 20 years with the first three to be served in prison.

According to a press release from Rigby’s office, four defendants pled guilty – three for drug charges and another for burglary and theft charges. Sheriff Robert Rodgers said he appreciates Rigby and his staff for their commitment to seeing that justice is done in Wilcox County.

“I’m grateful for the work that our district attorney’s investigators are doing with our sheriff’s office. We work hard every day to protect the citizens of Wilcox County and are very proud to do so,” Rodgers said.

According to the district attorney’s office the four guilty pleas came in the following cases:

•  Spencer Bentley Brooks, 26 of Warner Robins, pled guilty to the offenses of Burglary, two counts of Theft by Taking and two counts of Possession of Firearm by a First Offender. His plea stemmed from events on June 6, 2018, where Brooks and his girlfriend were riding their vehicle through farmland in Pitts, Georgia, and due to recent rains got their vehicle stuck in the field. Consequently, Brooks broke into the residence on the farm property and stole keys to the homeowner’s truck which Brooks also got stuck attempting to extricate his vehicle. Again, Brooks returned into the residence and stole keys to the homeowner’s backhoe which Brooks bogged into the mud as well.

When the homeowner returned to his residence, he noticed his truck and backhoe in the field and checked his residence, which had been illegally entered. The homeowner went to the field and held the two at gunpoint until the Wilcox County Sheriff’s Office arrived to arrest them. Inside the vehicle Brooks drove to Pitts, deputies recovered two handguns. At the time of these incidents, Brooks was on probation for Theft by Taking out of Houston County. Judge Chris Hughes sentenced Brooks to 20 years to serve the first 3 years in the state prison system with the balance on probation and was ordered to pay restitution to the homeowner for damages to his home and vehicles.

•  Kristina Battleson, 47 of Vidalia, pied guilty to the offenses of Possession of Marijuana with Intent to Distribute and two counts of Furnishing Prohibited Items to Inmates. Her plea stemmed from events that occurred at the Wilcox State Prison on December 3, 2017. Battleson began a relationship with an inmate through her job as a prison nurse at another prison. When that prisoner was transferred to Wilcox State prison, Battleson and her co-defendant Dontavious Foster traveled to Wilcox State Prison to deliver magnetic tubes containing marijuana, cell phones and tobacco. Foster carried the tubes along with two handguns near a set of dumpsters to leave them for another to retrieve. Guards at the prison noticed Foster lying on the ground and quickly apprehended him, later finding the tubes and a waistband with the firearms in the dumpster.

Judge Chris Hughes sentenced Battleson to 10 years of probation to serve the first 120-180 days in a probation detention center. Foster had previously pled guilty to a sentence of 15years to serve 3 years in prison.

•  Charles Goddard, 34 of lrwinville, pied guilty to Possession of Methamphetamine with Intent to Distribute from events that occurred in August of 2016. Goddard and his codefendant William Harrell were walking in a neighborhood in Abbeville when the Wilcox County Sheriff’s Office was called about their suspicious activity. Upon Sgt. Bruce Carmichael’s arrival, Goddard and Harrell had a black bag near their vehicle, which contained 22 bags of methamphetamine. Goddard was sentenced to 10 years to serve 5 years in prison; Harrell had previously pied guilty to 10 years to serve 3 years.

•  Kevin Rodriguez, 22 of Jonesboro, pied guilty to Trafficking in Methamphetamine and Possession of Marijuana with Intent to Distribute. His plea arose from events that occurred near the Wilcox State Prison on February 19th of 2017. Rodriguez and his girlfriend Venessa Villanueva-Chavarria traveled to Abbeville where they began flying a drone that transported the illegal drugs. The Abbeville Police Department was alerted to a drone flying over a residence near the prison and a vehicle repeatedly driving in front of the residence. The Wilcox County Sheriff’s Office later located the drone inside the guard lines of the prison with approximately one pound of methamphetamine. Inside Rodriguez’ vehicle, officers recovered a vacuum sealed bag of marijuana, three cell phones, and a vacuum sealed bag of tobacco, cigars and lighters.

Judge Chris Hughes sentenced Rodriguez to 30 years to serve the first 15 of those years in the state prison system. Villanueva-Chavarria had previously pied guilty.