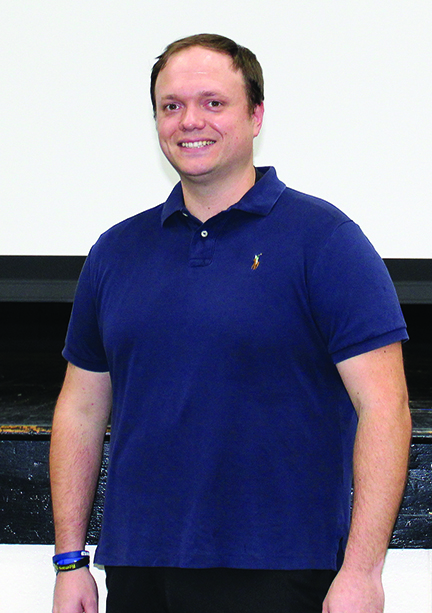 Georgia filmmaker Patrick Shaver screened his documentary 'Dinkheller' to an audience at Crisp County Middle School this past Friday.

The dashcam video and audio of Deputy Kyle Dinkheller’s murder is used to train law enforcement officers across the country.

Filmmaker Patrick Shaver’s documentary about the young law enforcement officer’s death is both frightening and uplifting, and he screened the film for an audience at Crisp County Middle School this past Friday thanks to Sheriff Billy Hancock. When the screening was over, there was a subdued hush that was quickly replaced by applause.

Shaver said he wanted to make ‘Dinkheller’ to shed light on the factual events of the 1998 shooting death of a young man whose wife had planned to reveal that she was pregnant with their second child when his shift was over that day.

Shaver’s film revolves around the events surrounding Dinkheller’s murder along his father and daughter’s commitment to ensuring other law enforcement officers can learn from the traffic stop that led to the shooting. Shaver also addresses the rumors that Dinkheller was a “troublemaker.”

Interviews with colleagues, peers, and family members treat both the rumors and the facts of the story with frankness and gravitas. Shaver stresses, however, that there is only one person in the film who is a bona fide bad guy – the man who killed Dinkheller.