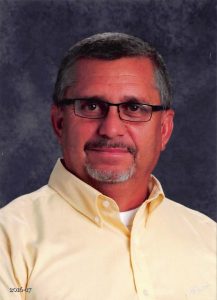 Crisp Academy Board of Trustees Chair Charles Hardin said he and the entire school family appreciate Stevens’ many accomplishments during his nine years leading the school.

“The last nine years under Dr. Stevens has been phenomenally successful,” Hardin said. “The work he has done for Crisp Academy during this time will be felt by students many years into the future. We’re very grateful for everything he has done for us.”

Stevens oversaw the completion  of a $500,000 capital campaign that resulted in the construction of a new cafeteria, he worked to reduce the school’s debt, and enrollment increased 24 percent while he was C.A. headmaster. Academics and athletics both improved during Stevens’ tenure.

“We’re very excited to bring in Mr. Hathcock and let him build on these accomplishments,” Hardin said.

Hathcock had been the athletic director at Tiftarea since 2017. Prior to that he was at Berrien County High School in Nashville for eight years as a teacher, coach, and then as athletic director. He also has experience in the Worth County School System and Riverview Academy in Albany.

Hathcock holds a bachelor’s degree from Georgia Southwestern State University and a master’s degree from Albany State. He and his wife DeDe live in Sylvester. They have two married adult children and a single grandchild.