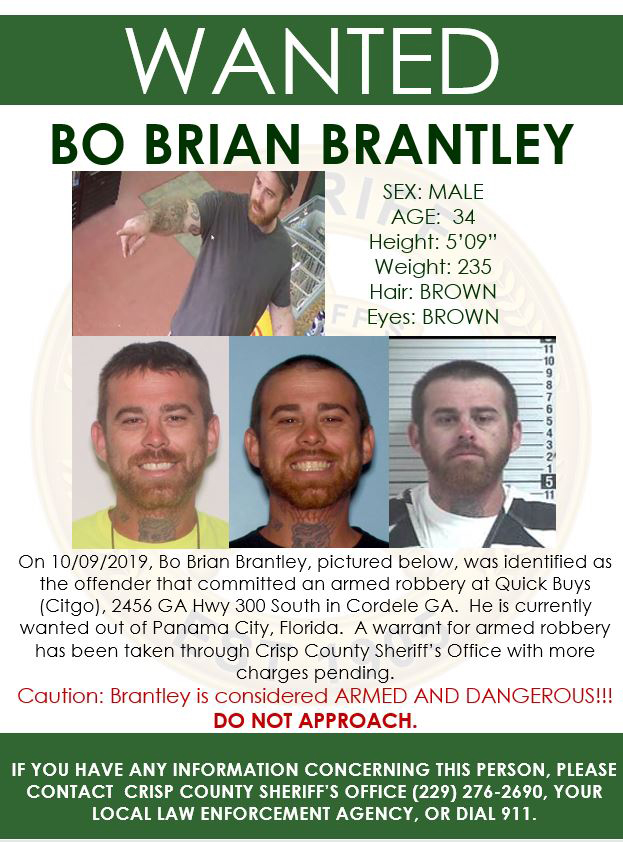 Law enforcement authorities are on the hunt for Bo Brian Brantley, a 34-year-old man who is wanted in connection with the Sunday-afternoon armed robbery of the Quick Buys store located on Ga. Hwy. 300 just east of Smoak Bridge and the Worth County line. If you have information about Brantley’s whereabouts, contact the Crisp County Sheriff’s Office at 229-276-2600.