Woman sentenced to life in prison for 2018 murder in Conyers 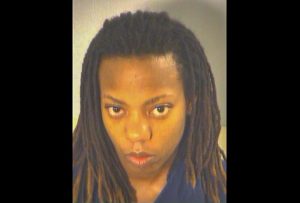 On the morning of Dec. 10, 2018, Lewis-Pelzer stabbed her wife, Rosalyn Renee Lewis, multiple times at the Motel 6 located at 1351 Dogwood Drive in Conyers. Lewis had been in the process of seeking a divorce from Lewis-Pelzer. When Conyers Police officers and investigators arrived at the Motel 6, Lewis was able to name her attacker. However, she died as a result of her wounds at Piedmont Rockdale Hospital a short time later.

Investigators learned that Lewis-Pelzer had fled and was possibly headed south to Florida. Conyers issued a BOLO to law enforcement agencies along I-75.

Lewis-Pelzer’s vehicle was spotted traveling south on I-75 in Crisp County by a Georgia State Patrol (GSP) trooper three days later on Dec. 13. The trooper, along with two Crisp County deputies, attempted to initiate a traffic stop, but Lewis-Pelzer accelerated and continued to travel southbound.

A Pursuit Intervention Technique (PIT) was initiated by the GSP trooper. Lewis-Pelzer was able to recover from the skid and continued to flee south. Near mile post 84 in Turner County, the GSP trooper again utilized the PIT maneuver and was able to successfully stop the vehicle.

Two Crisp County deputies approached the vehicle and at least one shot was fired at the deputies from inside Lewis-Pelzer’s vehicle. The two deputies returned fire, striking her. One of the deputies on scene was medically trained and rendered aid until EMS arrived.

Lewis-Pelzer was transported by ambulance to the hospital in Macon. After she recovered from her wounds, she was transported to the Rockdale County Jail and held there since last December.