Daniels sworn in as Vienna Mayor 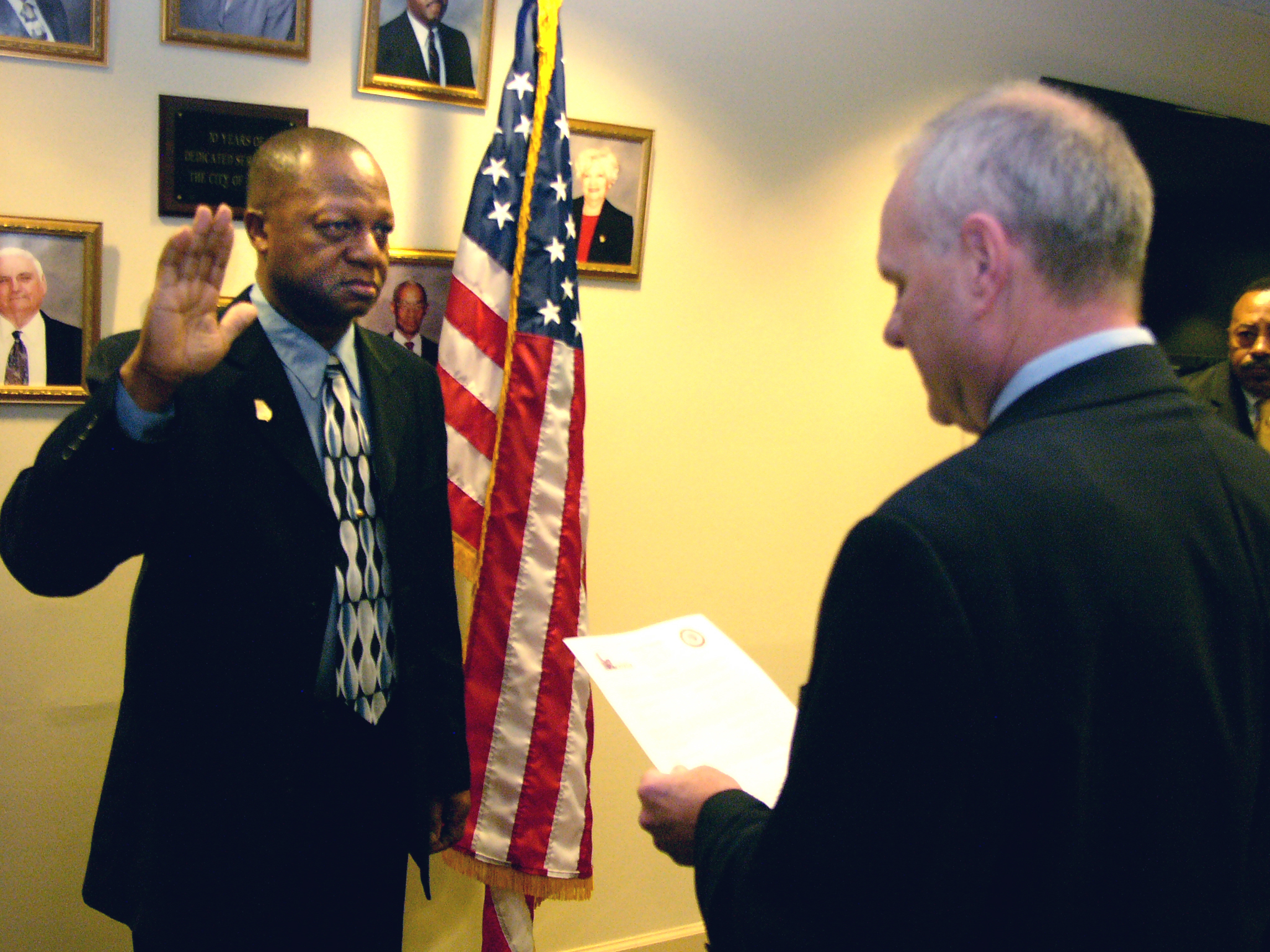 For the first time since its incorporation in 1841, the city will be governed for the next four years by an entirely African-American mayor and council.

“I have always worked with people of all races,” Daniels said. “And I would prefer that there be diversity in our city government, but the people elected the representatives that they wanted.”

Neither Daniels nor Johnson are new to the job. Daniels previously served as mayor and Johnson as a city councilman.

“It’s like coming back home,” Daniels said, “I’ve been here 16 years — twelve on the council and four as mayor — so I’m no stranger to the process. I’m looking forward to a progressive four years and I believe it has already started.”

They also approved a statewide mutual aid assistance agreement that designates persons authorized to act on behalf of the city to assist other municipalities, counties or the state in emergency situations.

In other business, the council:

• approved a resolution to submit a 2020 Historic Preservation Fund application