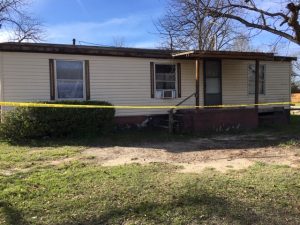 ATLANTA – Shortly after 4:30 P.M. on January 21, the City of Cordele Fire Department responded to a residential fire located at 310 West 17th Avenue in Cordele, Georgia. After the fire was extinguished, emergency personnel discovered the body of Laleria Johnson, 46, of Cordele.

“The 31-year-old, double-wide mobile home was 960 square feet at the time of the fire. The fire is believed to have originated in the kitchen area of the home,” said Safety Fire Commissioner John F. King. “The cause of this fire remains under investigation. No foul play is suspected at this time.”

Johnson was the second victim to perish in a Georgia fire this year. There has since been another, bringing the total reported victim count to three.