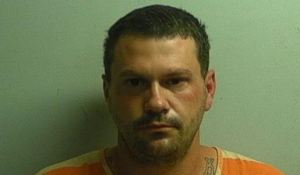 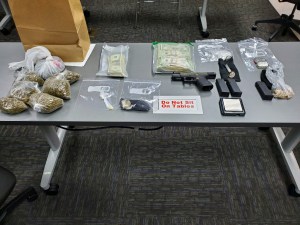 On Wednesday, June 24, 2020, at approximately 8:20 A.M. Terry Harris, a 35-year-old male, from Forsyth, Georgia, was arrested. Harris faces charges of possession of firearm or knife during the commission of or attempt to commit certain crimes, receipt, possession or transfer of firearm by a convicted felon, possession of marijuana, possession of methamphetamine with intent to distribute, criminal damage to property, illegal possession of controlled substance, possession of a schedule I controlled substance, fleeing or attempting to elude and numerous traffic violation charges. On Wednesday, June 24, 2020, around 8:15 A.M., a Crisp County Sheriff’s Deputy attempted to initiate a traffic stop on a silver Buick LaCrosse on Rockhouse Road. The car failed to stop and continued to travel east on Rockhouse Road at speeds above the posted limit. The driver continued traveling recklessly on Old Hatley Road, exited the roadway, and traveled through residential property. The driver lost control of the vehicle and struck a tree. Harris was evaluated by Crisp County Emergency Medical Services after the collision and cleared. Harris was placed into custody and transported to the Crisp County Detention Center. A search of the vehicle revealed various amounts of; suspected marijuana, suspected methamphetamine, suspected ecstasy, suspected LSD, and a firearm with numerous rounds of ammunition.