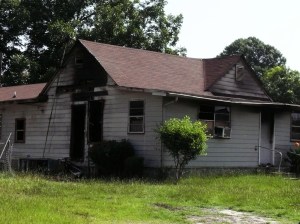 The Cordele Fire Department responded Saturday at 9:20 am to a structure fire at a vacant house at 515 7th Ave. E.

“EMS was answering another call and saw the flames and called it in,” Chief Telfair said. “When we arrived, it was fully involved,”

Telfair said the house was supposed to be vacant but he saw evidence of people inhabiting it..

Frist Responder of the Month

Martelle Davis was born and raised in Cordele, GA. He graduated from Crisp County High School in 2001 and joined... read more