“He was a health care hero” 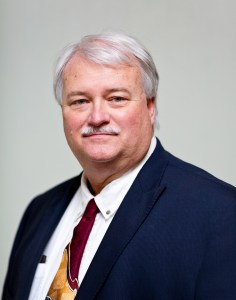 He wore garish Disney ties that made children laugh and made adults scratch their heads. He thought nothing of crawling into a sandpile to play with a kid. He would say he was feeling “peachy.” And when a neighbor nearly severed his hand, he, a physicians assistant , stitched him up on the front porch.

He suffered from severe asthma yet he willingly treated COVID-19 patients at Crisp Regional Hospital, knowing full-well, it might kill him.

“He was a health care hero,” his wife Shelvia said. “He knew if he got COVID, it would probably kill him. But he never shrank back from his purpose — to provide health care for those who so desperately need it and it literally cost him his life.”

In 1980, fresh out of the Medical College of Georgia with a physicians assistant degree in hand, Koontz arrived at the Dooly Medical Center in Vienna.

He intended to work only three years in an “underserved rural community” as a condition of acceptance for a scholarship.

That idea flew out the window when he met Shelvia, an energetic red head who would steal his heart.
“For more than 40 years he worked tirelessly taking care of the people in this community,” Shelvia said. “He gave all he had to anyone needing health care. Many times patients showed up at our front door and he lovingly took care of them. “

But it was the children that he adored.“The kids thought he was a kid too,” Shelvia said. “That is what I think I will miss the most.  Watching him play with kids.”