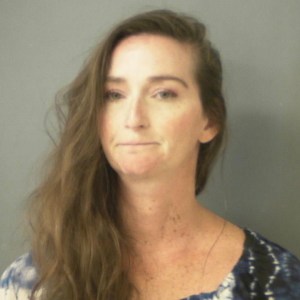 The driver of the vehicle involved in a high-speed chase on Interstate Highway 75 south a week ago is still being held in the Dooly County Jail.

According to authorities on the scene, the chase began in Perry, Ga. when police attempted to stop Angelina Hansen of Appleton, Wisconsin, but she fled in a late-model Lexus,

Because the fleeing driver was endangering the general public, a decision was made to use the PIT Maneuver, a pursuit tactic by which a pursuing car can force a fleeing car to turn sideways abruptly, causing the driver to lose control and stop.

The chase ended near exit 109 (U.S. Highway 27) when Hansen lost control and the car slid across several lanes of traffic coming to a stop on its side. Hansen was arrested and transported to the Dooly County Jail.
“She is currently in the Dooly County Jail with a $30,000 bond for aggravated assault on a police officer while on duty and felony fleeing and attempting to elude plus other traffic charges as well,” said Dooly County Deputy Randy Lamberth. “She also has warrants pending from Wisconsin and they have placed a hold and will extradite once she bonds here or charges are complete.”