Families, hospice workers remember those who have passed 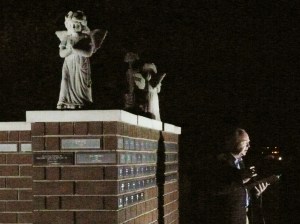 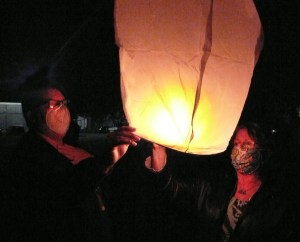 More than 30 family members and Pruitt Health Hospice workers gathered near the Crime Victims and In Line of Duty Memorial on the grounds of the the Crisp County Sheriff’s Dept. Tuesday for a service of remembrance for the 240 people that died under hospice care from November 2019 to October 2020.

Hospice care focuses on the quality of life rather than its length and provides compassionate care for people in the last phases of incurable disease.

“In the past, we have had the service indoors and lit candles,” said Lauren Pollock, community relations representative for Pruitt Hospice. “We decided to hold the service outdoors this year due to COVID concerns.  An outdoor service would also allow paper lanterns to be launched into the night sky.”

Guest speaker Crisp County Sheriff Billy Hancock, who lost his wife this year, spoke about the gift of hospice, not only to the patient but for the survivors as well