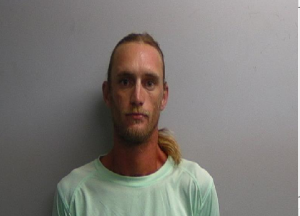 After a two-day jury trial, the first in Crisp County since COVID-19 effectively stopped all jury trials, Jeremy Trey Sapp was found guilty of possession of marijuana with the intent to distribute and possession of a firearm while committing a crime.

Sapp was caught after officers from the Department of Natural Resources saw an open tupperware container filled with what they suspect to be marijuana at Loron Williams Park on Saturday, August 18, 2018.

The DNR officers contacted the Mid-South Narcotics Task Force for help in the search and seizure process, deputies say. According to the sheriff’s office, law enforcement found the marijuana, valued at $25,000, along with 36 vials of Butane Hash Oil and a “large jar” of THC oil.

The jury found Sapp guilty on the marijuana charges, but not guilty of the firearm possession charge

Judge Denise Fachini sentenced Sapp to 13 years in prison with five years served behind bars and more than $8,000 in fines.