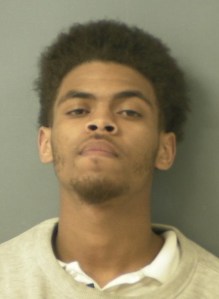 A suspect in a Memphis, Tennessee murder was arrested by the Dooly County Sheriff’s Department in Unadilla Saturday. Clifton Derrell Groves was traveling north on Interstate Highway 75 when a deputy’s tag reader system alerted him that the gold Nissan Altima with a Tennessee tag was stolen. When the deputy attempted to stop him, a chase ensued with Groves reaching speeds near 90 miles per hour. Additional deputies joined the chase and caught him as he left the interstate at exit 121. Murder warrants were issued by the Memphis Police Department for the killing of a Memphis man one week earlier.

Groves traveled to Miami after the alleged murder and was driving north on I-75 when he was arrested. Memphis Police investigators came to Dooly County to interrogate Groves.