Subject Arrested After Attempting to Elude 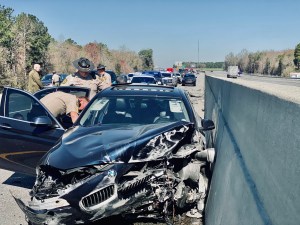 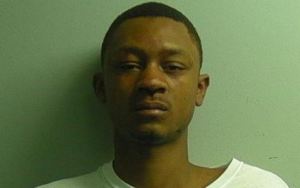 On Monday, March 8, 2021, around 10:45 A.M., a Crisp County Sheriff’s Deputy attempted to stop a dark blue BMW for speeding on GA 401/ I75 near mile marker 101. The driver failed to stop and continued to travel south on GA 401/I75. Deputies relayed tag information to Crisp County E-911, and the vehicle came back stolen out of New York City. The driver continued to operate the car recklessly while traveling southbound on GA 401/I75. The driver lost control of the vehicle around mile marker 71 while traveling in the emergency lane. The driver veered left, crossing all three lanes of travel, and hit the median wall causing severe disabling damage to the vehicle. Tift County EMS checked out Ushery at the scene, and he was transported to the Crisp County Detention Center without further incident.