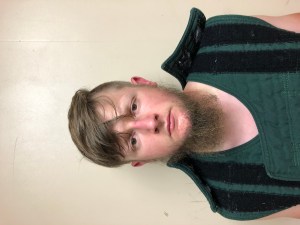 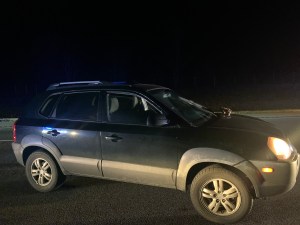 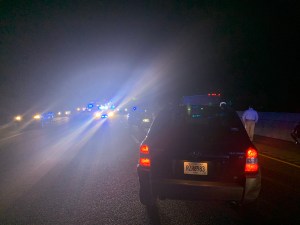 Around 8:00 PM Crisp County Sheriffs Office received information from Sheriff Frank Reynolds that a wanted suspect was traveling south on GA401/I75. A 2007 black Hyundai Tucson was spotted south around mile marker 101 by Georgia State Patrol and Crisp County Deputies.
A GSP Trooper performed a PIT maneuver around the 93 mile marker. The suspect was arrested without incident and transported to the Crisp County Detention Center.
The Associated Press and CNN reported that eight people were killed in three different shooting incidents on Tuesday at spas in the Atlanta area.

The sheriff’s office in Cherokee County, Georgia, released photos of a dark SUV it says could be tied to one of the shooting incidents that took place on Tuesday. Four people were killed at the incident in Cherokee County.

The two other incidents took place within Atlanta. At one site, officers found three women who died inside. Moments later, police responded to a shooting across the street, finding an additional woman killed.

“Many have asked whether these shootings are related to Cherokee County’s shootings. At the moment, it is too early to confirm that, but we have spoken with Cherokee County officials and we are looking into that possibility,” Atalanta Police said in a statement.

“Having these two shootings occur at massage parlors and with knowledge of Cherokee County’s shootings, Zone 2 commanders quickly dispatched officers to check nearby similar businesses and patrols have been increased in those areas,” Atlanta Police added.

In response to the incident, NYPD counterterrorism officials said they are deploying assets to protect the Asian-American community, which was believed to be the target of the shootings in Georgia.