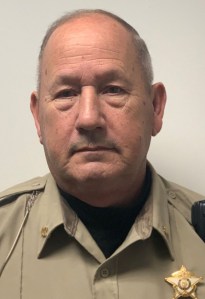 David Musselwhite, the Dooly County Deputy Sheriff who suffered second and third degree burns over 50 percent of his upper body while burning brush on his land in Thomas County, died early Wednesday.

Musselwhite was burning brush in March when apparently the accelerant he was using ignited. He was rushed to a local hospital, then was transferred to the JMS Burn Center at Doctor’s Hospital in Augusta.

In an update last week, Musselwhite oldest daughter, Michele Smith, said physicians finished the first round of debridement — the removal of dead, damaged or infected tissue to improve the healing potential of the remaining healthy tissue — despite a touch of pneumonia, they believe he had developed prior to the accident.

Musselwhite served as an officer in the Vienna Police Dept. before joining the Sheriff’s Office, where he primarily patrolled the city of Unadilla after the city dissolved its police department in favor of Sheriff’s patrols.

A Facebook post from the Dooly County Sheriff’s Office said: It is with great sadness the announcement of the passing of Capt. David Musselwhite. Capt. Musselwhite succumbed to his injuries from a prior incident. Thank you for your service Capt. Musselwhite, you will be greatly missed.