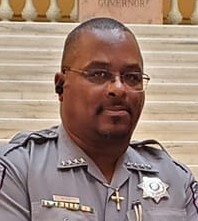 By Neil B.  McGahee

The word on the streets of Vienna said Chief of Police Cozie Ray was going to be fired for (take your choice — a,b,c or d) at Monday’s city council meeting.

The correct answer is “none of the above.” In fact, only after a reporter’s challenge, did Vienna mayor Eddie Daniels concede that Ray had been suspended indefinitely or “until we finish our investigation.”

“Yes, Mr. Ray has been suspended indefinitely,” Daniels said. “But I won’t give a reason why. We will announce that after

we finish our investigation.”

In other business, council: