Bryan arrested for Burglary and Attempt to Elude 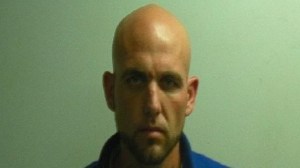 On Friday, April 30, 2021, around 6:50 A.M., Crisp County Sheriff’s Deputies arrested Jeffrey Bryan, a 31- year-old male from Warwick, Georgia. Bryan is charged with burglary, fleeing or attempting to elude a police officer, possession of methamphetamine with intent to distribute, possession of tools for the commission of a crime, driving while license suspended or revoked, entering auto, and numerous traffic violations. Additional charges are pending on an unrelated case. Bryan is also wanted for an outstanding arrest warrant from Worth County.

On Friday, April 30, 2021, around 6:25 A.M., Crisp County E-911 Communications received a call from an alarm company after an alarm was activated at the Adult Central Superstore (566 Farmers Market Road, Cordele). The store owner arrived on the scene and spotted a white Cadillac in the parking lot. The subject fled south on GA 401/ I75. The store owner proceeded to follow the car. Crisp County Sheriff’s Deputies intercepted around the 97-mile marker on GA401/I75. The subject continued to flee, traveling down numerous county roads. A Crisp County Sheriff’s Deputy performed a PIT maneuver near the intersection of HWY 300 and HWY 41. Bryan was taken into custody without further incident and transported to the Crisp County Detention Cente