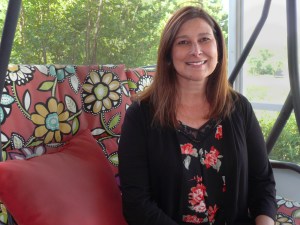 Lisa West will be vying for Georgia Pre-K Teacher of the Year title.

Lisa West teaches four-year-olds in the Crisp County School System’s Pre-K program. She says it’s the only job she has ever known and that experience — all 29 years of it — is probably one of the reasons she is one of six finalists for the Georgia Department of Early Care and Learning’s Pre-K Teacher of the Year recognition,

West earned both her bachelor’s and master’s degrees in Early Childhood Education from Georgia Southwestern State University in Americus, and in 1992, began teaching Pre-K in Crisp County.

“I just love teaching Pre-K,” she said. “They’re like little sponges just soaking up every bit of knowledge they can. I have the ability to instill a love of learning in them because this is their first experience with school. I enjoy teaching children through engaging, hands on activities in which children learn best.”

The Pre-K program was the result of the Georgia Lottery, which began in 1992 and provided an educational program for the state’s four year olds to prepare them for Kindergarten.

“Crisp County was one of the pilots for the program so we tried out a lot of the early programs,” she said.

“After our applications were reviewed and scored,” West said. “Six finalists were named. Beginning in August, each of us will be observed in class by a Pre-K specialist, then we must submit a video to outside judges and finally face a panel of interviewers.”

In September, one winner from the public school system and one from a private child care system will be announced.

Each winner receives $3,000 for themselves and $2,000 to purchase teaching materials for their classrooms.
“I am going to be very busy in July and August,” she said. “It’s going to be a long, long summer.”