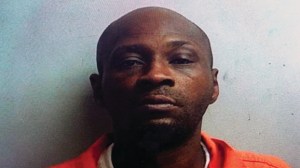 Pereia Boone was found guilty today in connection of the March 2019 fatal stabbing of Bobby Holt.

Boone was found guilty of malice murder, felony murder, and two counts of aggravated assualt. He was sentenced to life withour parole and will serve 20 years concurrently on one of the assault counts.

Holt was fatally stabbed with a box cutter by Boone at 310B West 14th Avenue when a disturbance between the two arised.

Also charged and indicted in connection with Holt’s death was Katrea Denisha Williams.

Attempt to identify or locate