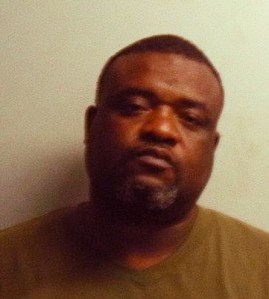 Cordele City Commissioner Royce Reeves Sr. was arrested and is facing a felony obstruction of law enforcement officer’s charge after he aggressively interfered in an investigation of a fatal accident according to Cordele City Attorney Tommy Coleman. The incident occurred at the 24th Avenue overpass where Adonis Smith of Cordele was killed when he lost control of his motorcycle at the westbound entry to the bridge that crosses the Norfolk Southern rail line. According to Coleman, Reeves, tried to use his position as city commissioner to get through roadblocks by making demands and impeding their investigation. At some point, he allegedly pushed a Georgia State Patrol trooper and was arrested.

“It escalated into some very strong language, allegedly, of course,” Coleman said.  “There was some pushing between the commissioner and the police, according to the state patrol and the incident report.”

Coleman said the commissioner didn’t have any authority to interfere with law enforcement officers.

“He felt like he knew this person and he wanted to get to the scene,” he said.

According to the state patrol, Reeves, used his position to gain access to the investigation area by saying, ‘you have to listen to me, I’m a city commissioner.’ “And of course, they don’t,” Coleman said.

Reeves not only faces a loss of freedom, he could lose his seat on the city commission.

“If an elected official is convicted of a felony,” Coleman said. “The code says he’s out of office immediately.”
In fact, the Official Code of Georgia Annotated states that “upon conviction for a felony, the office shall be vacated immediately without further action.

Reeves Sr. was elected as the Dist. 3 city commissioner in 2014.