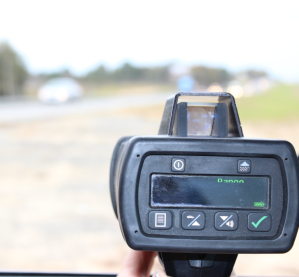 Georgia State Patrol troopers and County Sheriffs deputies are operating the safety drive in every county on the lookout for unsafe motorists from drunk drivers and aggressive speeders to distracted drivers who text behind the wheel.

H.E.A.T. started in Georgia in 2004, and kicks off each year to coincide with the national kickoff of the Memorial Day “Click It or Ticket” seatbelt campaign. The national combination means local police, sheriff’s deputies and state troopers can work together to get some of Georgia’s most dangerous offenders off the road.

Because H.E.A.T. is an enforcement campaign, speeders will be cited. Those who fail to properly buckle safety belts for you or that of a child, you will be cited. And we can guarantee that if you’re cited for drunk driving, you’ll go straight to jail.

Coinciding with the 100 Days of H.E.A.T., the Governor’s Office of Highway Safety launched the “Drive Sober or Get Pulled Over” campaign used during high-travel holidays like July 4th, Labor Day and Christmas/New Year’s (in addition to popular drinking occasions like the Super Bowl, St. Patrick’s Day and Cinco de Mayo) to reinforce the message that we are a zero tolerance state. If you’re over the limit, you’ll be under arrest.

A Crisp County Detention Officer Fired and Arrested After…