Arrest Made In Shooting Case 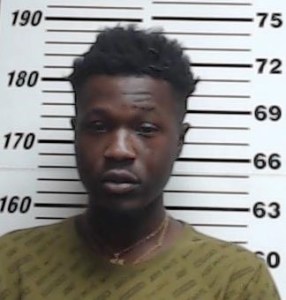 On Saturday July 10th 2021, at approximately 1:00 pm, officers with the Cordele Police Department responded to the Divya Food Mart, located at 503 W 24th Ave. A shooting had been reported, following a disturbance that occurred in the parking lot. At the time, an unknown male fired several rounds at other people who were in the parking lot. No arrests were made at the scene as the shooter fled before law enforcement arrived.

Through the course of the investigation, it was found that Tyrone Caruthers was the suspected shooter. Caruthers is a twenty five-year-old local man who was arrested in Sunset Homes on July 12th 2021. He was processed and booked at the Cordele Police Department and later transported to the Crisp County Detention Center.

Caruthers was charged with:

Possession of a Firearm During the Commission of a Crime

Possession of a Firearm by a Convicted Felon

He also had active warrants through other local agencies that did not pertain to this case.

As this case is active and currently still under investigation, we ask that anyone with additional information pertaining to this incident, please contact the Cordele Police Department at 229.276.2921 or non-emergency 911 at 229.276.2690.