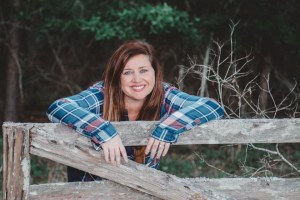 CORDELE, GA – Kandiss Taylor, Republican candidate for Governor of Georgia, will speak to the Crisp County Republican Party on Thursday, July 22 at 12:00 noon at the Cordele Community Clubhouse,  108 15th Avenue East Cordele, GA 31015. The meeting is open to those interested in joining the Republican party.

Kandiss Taylor is from Baxley, Georgia. She served in the same community for the past 18 years as a public-school teacher, counselor, and student services coordinator.

When she earned her Doctorate degree, Dr. Ben Carson was the commencement speaker. Listening to Dr. Carson, Kandiss realized that the United States was formed as a nation to be led by citizen servants, not professional politicians. Kandiss knew that she had to step out into the political arena and offer herself as a candidate. ““I can’t complain about what is going on if I’m not willing to do something about it,” said Taylor.

Taylor is a mother, educator, and conservative, running to represent the common Georgian. She sums up her campaign with three words, “Morality over Money.”

Taylor has been an outspoken candidate to demand a full forensic audit of the Georgia 2020 election. “Why does Arizona have a full forensic audit after the 2020 election, but Georgia doesn’t do one, even after a Senate Sub-Committee recommended it?” asked Taylor. Taylor has a full section on her website, kandisstaylor.com, dedicated to instructing the average Georgian how to file a formal request for an audit.

Crisp County Republican Party Chairman, Don Cole, invites anyone interested in promoting conservative values and policy to come have lunch and meet the candidates. Cole stated, “We meet on the 4th Thursday of every month at noon and will be having Republican candidates come meet us in person. We must be diligent and involved in the political process if we are to be a free nation.” Cole also encourages others to follow the Crisp County Republican Party on Facebook for the latest news and happenings.

The invitation to Republican candidates does not indicate endorsement by the Crisp County GOP.