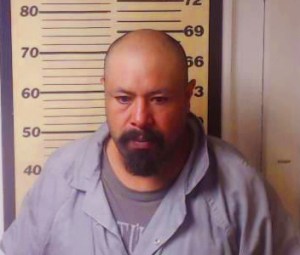 On August 5, 2021 Sheriff Robert Rodgers along with Deputy M. Oxford responded to a domestic violence call on Poppy Lane. Upon arrival Ignacio Castanon, an undocumented Hispanic male, was taken into custody for a domestic violence charge of battery and cruelty to children. During the arrest it was determined that Castanon was a wanted fugitive from Spencer County, Indiana for an incident that occurred in November, 2003. Castanon had evaded capture for more than 18 years by using several alias names. He is currently housed in the Wilcox County Jail awaiting extradition to Spencer County Indiana on the following charges:

1 count of attempted murder of a police officer

More charges may be pending.

Sheriff Rodgers would like to thank everyone who helped in this arrest and capture including Deputy Michael Oxford, Investigator Lt. Chrissy Welch and Dodge and Wilcox County 911 dispatchers.