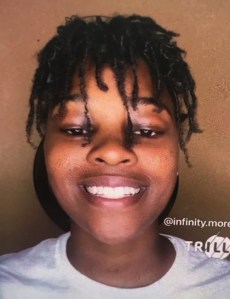 A Sarasota, Florida woman who was last seen with two men at a Dooly County truck stop is missing according to a spokesman for the Dooly County Sheriff’s Office.

The Sheriff’s Office spokesman said 23-year-old Infinity Moreland was last seen around 1:45 p.m. Tuesday at the Allstate truck stop in Unadilla. She was wearing a black shirt, black shorts, lime green shoes and carrying a backpack.

Deputies said she could be with two men who are said to have tattoos and could be in a silver Volkswagon Jetta with tinted windows and a black trash bag covering one of the rear windows. Anyone with information should call the Dooly County Sheriff’s Office at (229) 645-0920.