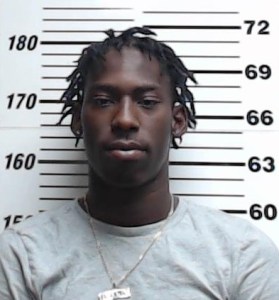 On Saturday, September 4th, 2021, just after 3:40 am, officers with the Cordele Police Department responded to a report of shooter(s) in the area of the 700 block of E 27th Ave. Crisp County Communications E-911 had received several other calls in reference to the shooting.

Upon arrival into the area, officers located a primary residence which appeared to be the intended target of the unknown shooter(s) at the time. The numerous occupants inside were unharmed, but damage was sustained to the residence as several bullets struck it.

After several interviews and the collection and analyzing of evidence, detectives with the Cordele Police Department arrested and charged Tommy Floyd III for Aggravated Assault after it was determined he was the shooter. Floyd was processed and transported to the Crisp County Detention Center on the following charges: