Coach Ferrell Henry; the passing of an icon 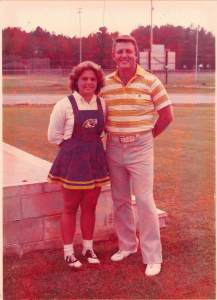 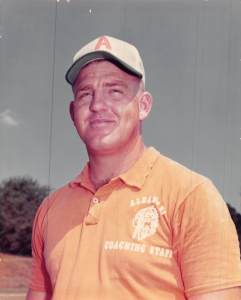 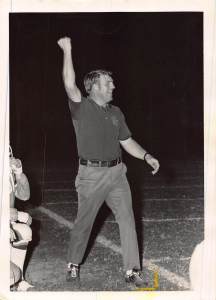 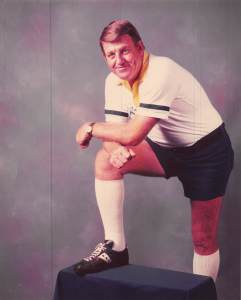 Where should one begin when talking about someone like Ferrell Henry? He was a husband, father, coach, friend, uncle, brother, cousin and son— he fit in all the categories.

But it don’t stop there.

He went onto be a politician and an ambassador of the community. Ferrell Henry was many things to many people just look at the Facebook post.

Ferrell Henry was born and raised in Colquitt, Ga. the son of Jeff and Ludie               Henry.
Coach was a hard nose football player from a very small community. He was however, tough enough to earn a scholarship to Florida State University in 1959 where he would spend four years.

He began his coaching career at Albany High School a month later in August. Coach would remain two years at Albany then move to Merritt Island, Fla. for one year. Coach went from there to Brunswick, Ga. at Glynn Academy and after a one-year stint, he returned to the Albany High Indians from 1968 to 1974 where he would become the head football coach. The next stop for Coach was a short stint here in Cordele from 74-75. He was hired to be an assistant here but would take over as head coach when the current Cougar head coach , Tom Avret, was let go. The Cougars finished 4-1 under Coach in the last four games of the season. After the season was over Coach was passed over for the head job at Crisp. Coach spent a year at Holly Jr High in Worth County. Then the 1975 -76 edition of the Cougars finished 0-10 in the fall of 1975, Crisp County came calling again. It was at this time that the Crisp County School Board made the best and most important hire of their existence.
Coach was offered the head football coach and athletic director position at Crisp County High. The school term of 1976-1977 was Coaches first year in rebuilding the decimated Cougar program.

Making history is never easy and nothing comes without hard work and sacrifice. That was a personal belief of the Coach, one he would instill in the boys that would play for him over the next six years.

How a person coaches kids says a lot about them. Coach believed in the execution of a play sometimes he would practice a play 20 or more times in a row.

“We are going to run this play till the cows come home,” Coach was an innovator and a smart leader; he knew that success was directly correlated to work ethic and leadership. He set out by hiring a number of quality coaches to assist him. Many of those same coaches made Crisp their homes even after their coaching days were long gone. Coach was the beginning of the winning days that Crisp County would enjoy for many years in the future. In the years that he served as head football coach, each year his teams would get better, and each year the win-loss record improved.

Finally in the fall of 1980 the Cougars got to the top. A perfect regular season 10-0 record and the first ever region championship in Cougar football History. The Cougars finished No. 3 in the polls that year after a disappointing loss in Atlanta. The following year brought joy and sadness. As the season was getting underway in 1981, Coach and Mrs. Arleeta’s precious daughter Mimi suddenly passed away from asthma complications. This of course was a massive blow to not only Coach and Mrs. Henry but the community as well. The passing pushed those of us on the team to dedicate the season to Mimi’ s (a cheerleader) memory. The Cougars embarked on a season with some ups and downs but in the end we finished with a second Region title and a narrow loss in the Semi Finals to Waycross. This was a game we could have won. However, the pollster felt as though Crisp was better than the team Waycross would go onto beat and awarded us the No. 2 ranking in the state. The loss of Mimi pushed Coach into a new direction, one of administration. He became the assistant principal at Crisp County High and there he stayed for another year.

Coach was called back into service over in Albany as an assistant principal at Albany High for a year.  In 1985 the Dougherty County School Board opened a new position creating one athletic director for all of their schools. Coach Henry was appointed to this all important new job and he would remain there till 1995 and his retirement. Coach and Mrs. Arleeta would remain here in Cordele for their retirement.

To Coach, character was everything and he and Mrs.. Arleeta would spend the rest of their days helping and supporting parents who lost a child, something many of us will never truly be able to understand. Their Christian faith carried them through this tumultuous time. The community called again and Coach answered the call to run for the Crisp County Commission.

Coach was elected and served a term before retiring from public life. He always kept busy with Kiwanis Club — Coach and his good friend Coach Robert Smithwere constant fishing buddies, though Coach admitted “its hard to keep up with Robert”.

“Uncle Ferrell meant so much to our family,” said nephew Bo Henry. “He was larger than life to us all. We, as a family, want to just say ‘thank you’ to the Crisp County community and the surrounding area for the love and support you have given him and Aunt Arleeta since they moved here and now during this very difficult time . Y’all have had your arms wrapped around them for a long time and we feel it now more than ever. Uncle Ferrell loved his community and the people in it. Go Cougars.”

There have been many important people, many influential people, many a good man, many a good father, husband, and leader in Crisp County through the years. It takes all of us to make a viable community. I can submit however, that there has only been one Coach Ferrell Henry and our little hamlet was blessed to have had him as our very own. Godspeed Coach we love you and thanks for the memories!