Don Cole’s interview was accidently left out of Wednesday’s edition of the Cordele Dispatch.

We apologize for the inconvenice that this has caused. 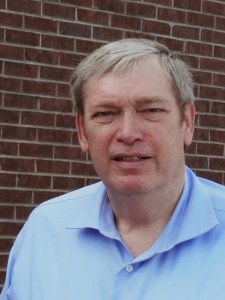 Don Cole is a candidate for the Ward Three Cordele City Commission seat. He is an ordained Baptist minister and was the county manager of Camden County, Ga.

What do you think is the single most important change needed in Cordele?

How do you want to affect that change?

We need a unified effort to welcome new businesses to our city from the time they walk in the door.

Cordele’s infrastructure is old and crumbling. What should be done and how will it be paid for?

We heard at the last meeting that $10 million wouldn’t do it all. We need to take all of the next round of COVID money to pay for infrastructure and especially to use some of it to provide matches for the better grants. We also need to find out what the  citizens think is the best use for it. The infrastructure is crumbling and we need to prioritize the areas that need it the worst and work over time on the others. We can’t always depend on outside money. We need to prepare budgets so we can set aside money for other projects.

The American Rescue Plan has already paid $1.95 million with another payment coming later. Where do you think that money should be spent?

I think I just answered that in the previous question

Cordele’s young people don’t have anything to do — no recreation facilities — suggestions?

We have consolidate recreation with the county and I think it’s a good recreation department. Recently I was walking around Morningside and they said they had a playground but it was taken down. I don’t know why — maybe it was a safety issue — but little things like tend to add up.