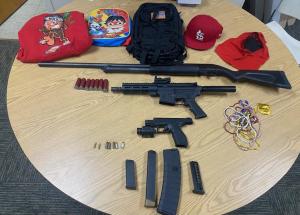 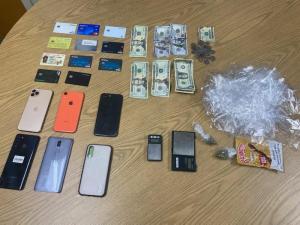 During the search warrant, several items of contraband were recovered and seized. These items include stolen weapons, stolen bank cards, stolen phones, marijuana, cash, and drug­related items used for drug distribution. The juvenile is charged with the following charges:

Three counts of Theft by Receiving

Three counts of Possession of a hand gun by minor

Possession of Marijuana with Intent

Possession of Marijuana within 1000 ft of a school

Possession of Marijuana within 1000 ft of a housing project

Over the course of the last sixty days, thirty illegal guns have been seized between the Crisp County Sheriff’s Office and the Cordele Police Department. Chief Hathaway and Sheriff Hancock want Cordele and Crisp County citizens to know that this behavior is not condoned and will not be tolerated. Many thanks to the several agencies that assisted us.