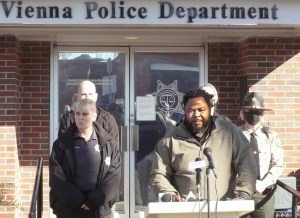 At a mid-morning update, Vienna Police Chief Ketorie Sales gave a much clearer picture look into the investigation of 4-year-old Jaceion Mathis who is still missing.

“On Thursday, January 20, the Vienna Police Dept. was contacted by a Department of Family and Children’s Services (DFACS) worker who told

us that several attempts had been made to contact Keara Cotton, the child’s mother,” Sales said. “She said that Cotton wouldn’t answer the door and had not fulfilled promises to bring the children to DFACS to see them.”

“On Friday, January 21, Cotton asked her mother to pick up her 8-year-old daughter from school and said she would bring Jaceion later,” Sales said. “Again Cotton failed to keep her promises so the Cordele District Attorney’s Office was notified.

In the course of interviewing, concerns arose that Cotton had been abusing both of her children. At that point, the Dooly County and Crisp County Sheriffs Offices and the Georgia Bureau of Investigation( GBI) joined the investigation along with the FBI Safe Streets Task Force.

“The investigation continued over the weekend,” Sales said. “She was located Monday afternoon in Crisp County and was transported to the Dooly County Justice Center. She was interviewed and in the course of the interview, she revealed the location of human remains inside the Cordele city limits. The remains were taken to the Medical Examiner’s Office in Atlanta for an autopsy and we are still waiting for the results to determine if the human remains are baby Jaceion’s”