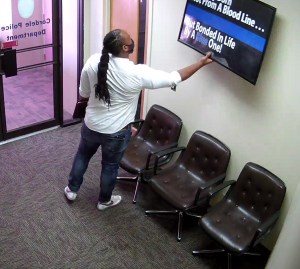 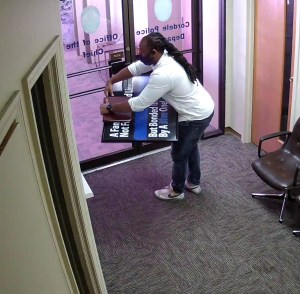 A security camera in the Cordele Police chief’s office captured Cordele City Commission Chair Joshua Antwan Deriso removing a picture from the outer office. The picture featured a thin blue line and a message about solidarity among police officers.

When asked about it, Deriso said it was in the realm of his responsibilities as commission chair.

“I felt the message wasn’t congruent with the message we are trying to send to our officers about community policing,” he said. “Section 2.32 (Powers and Duties) of the city charter says that I am the official spokesman for the city commission. Our police officers come in contact with the public more than any other city employee and that picture sent the wrong message to them.”