Register gets two life sentences for murder of Davis 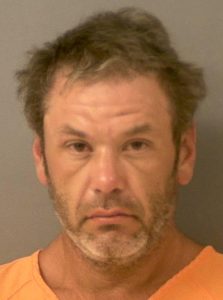 Heath Thomas Register, 41, of Cordele, Georgia, pled guilty to Malice Murder, Felony Murder, Aggravated Assault (2 Counts), Kidnapping and Possession of a Firearm during the Commission of a Crime. Judge Denise Fachini sentenced Register to two life sentences with the possibility of parole plus a consecutive ten years on probation.

The sentence stems from events that transpired on June 13, 2020, on Swearingen Road in Vienna, Dooly County, Georgia. Register broke into the residence of Robert Davis, Jr., 52, in the early morning hours and shot him with a rifle at close range. Then, Register kidnapped Davis’ girlfriend, who was also Register’s former girlfriend, at gunpoint and drove them into Crisp County. Later that morning, Register ran into the woods and hid from law enforcement; he let his former girlfriend leave in the vehicle. She drove to the nearest residence to call law enforcement. Davis was found dead at his residence by law enforcement that morning.

Beal-Shephard tries to weather the storm over City HallBy Neil B. McGahee Managing Editor Cordele City Commissioner Vesta Beal-Shephard was elected in 2001 to represent the people of Ward One. By all accounts, she has done a very good job of relating to the citizens living in her ward. Recently, however, a dark cloud has settled over City Hall. From the first day of his term, newly-elected commission chairman Joshua Antwan Deriso began taking verbal snipes on social media at some of the other commissioners. Shephard says she just ignored it at first but on April 9, Deriso posted on Facebook “…It was much anticipated for Comm. Rainey to be against change. Comission (sp) Shephard fights against me the hardest…does not know much about government at all…She needs to be voted out next year 2023.” A few days later, he posted live saying …“I am totally over the games, the political stuff…a lot of people want to make what I said about Commissioner Shephard something about disagreement with Commissioner Shephard. It was her ignorance and short-sightedness…not able to understand what we can do as a government. “When there were people in charge that didn’t look like us…white people… she didn’t question anything. Since I became chairman, she has blocked everything…you don’t know what you are doing; you don’t know what you are talking about.” Shephard winces as she listens to Deriso. “I don’t do drama and I don’t do pettiness,” she said. “I refute everything he has said about me. I’m not angry with Josh; I am somewhat disturbed that he has targeted me, a citizen of Cordele; a black female…he accused me of loving white folks. Well I do love white folks, and brown folks and black folks — Haitian, Jamaican, Indian, Cuban, Mexican — I have no discrimination to anyone. My job is to facilitate for people in this ward and when I vote, I vote my conviction.” Shephard said she doesn’t know why Deriso has such hard feelings against her. “It’s so sad, I have to say that I never saw it coming,” she said. ”But I have to voice my opinion.” But one sad thing has evolved from this. “This is the first time I have been discriminated against by a fellow commissioner,” she said. “I used to invite people to my home if they had a problem. But I had to stop that. If you want to meet with me, we will have to go to a public area or to my office at city hall. I am going to keep my distance for the simple reason that I don’t want to endanger myself.