Former Police Chief Mike Hathaway tells his side of his resignation 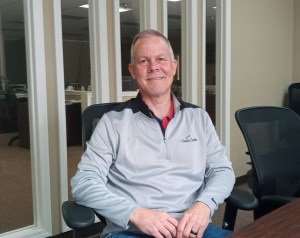 In the wake of the tension surrounding the Cordele City Commission and particularly its chairman, Joshua Antwan Deriso, several people have requested equal time as was given to Deriso in the February 9 edition of the Cordele Dispatch. Former Cordele Police Chief Mike Hathaway gave his side of a very perplexing story.

What can you tell us about your resignation as Cordele Police Chief?

A:  “First let me say that there is no bitterness, as to what took place. It comes from my faith that God always has a plan and God had a plan for me,” he said. ”There is no doubt in my mind that God led me here. This isn’t about being bitter. I came down here excited about the prospects of improving this police department. This was a great experience, but I sensed an issue from the beginning.

“I had begun work September 27 and in early October, I met Mr. Deriso when he complained after a traffic stop was made. He had been pulled over by one of our officers and he said he didn’t like the officer’s tone. Now this was in the middle of the night and the car traveled two or three blocks before it stopped. Several other officers converged on the scene thinking the occupant was either going to run or someone was going to jump out of the car.
“I watched the video and the officer asked him to step out of the car and he did. But after he received his ticket, he told the other officers that “I’m gonna be y’alls boss soon.”

Hathaway said when he came into the Cordele Police Department; he inherited a lot of issues that were going to take some time to address. Simple things like making a traffic stop — there should be a proper protocol — and he noticed that these procedures weren’t being followed.

“I asked Mr. Deriso to come down and watch the video with me and he did,” Hathaway said. “He pointed out something that I hadn’t even noticed. When the officer approached the car, he said ‘get out of the car, dog.’ Obviously that wasn’t the most appropriate way to do that but I explained to him that would be part of the extensive training that is going to have to take place and it is going to take time. to teach them that there is a certain level of professionalism to be shown in the community.

“I then told Mr. Deriso that I had heard about his remark about soon being their boss and said that I didn’t think that was the best move to make.

“He then said he was going to go to all the commissioners and request that I be terminated. I told him that was his right to do so.”

“Shortly after he won the election, he came into the office and said he wanted to speak to the officer that pulled me over. I told him that I didn’t think that was appropriate. I said you have a court date and you can go before the judge and you can confront the officer in open court. He insisted on talking with him and I said, that’s not going to happen.”

A few days later I learned that Deriso was going into human resources and asking for personnel and financial files using his name.

The next day, I come back from lunch and there is a note on my door to call Mr. Deriso.

He said he wanted a copy of our disciplinary records for the past year and I explained that it was going to take a little time to do that. I told him that as soon as I get those records, I will turn them over to the city manager.

That’s when we butted heads. He (Deriso) blew up and demanded to get them right away. I told him that wasn’t going to happen. He raised his voice and said if he were (Commissioner) Wesley Rainy, he would already have them. He started talking about the politics of the city and I just told him I don’t care about the damn politics. “

Hathaway said no one in City Hall had any idea that Fulford was the acting city manager.

“I called Fulford and Deriso to let them know that I would provide whatever they wanted to the new City Manager. He said he was going to get it he next day, and Deriso informed me that he was on the way to the police station. When he arrived, he filled out an Open Records Request form and handed it to me. I told him we had three days to complete his request but would expedite the process and give the requested materials to the City Manager in the morning He said he was going to get them now.

Chairman Deriso called and said he wanted to see all complaints about the police department in the last year. I contacted Human Resources director David Wade and he said he had been contacted by Deriso who said he was “acting” in place of the new city manager.

After consulting with the city attorney, I called Deriso to tell him that Assistant City Manager Steve Fulford agreed that it should be sent to the new city manager the next day. Deriso returned with City Clerk Debra Perry and not wishing any more conflict, I opened the door and gave him access to the files.

What was the “hijacked poster” incident?

On January 5th, security cameras caught Deriso taking down a poster in the waiting area of Hathaway’s office.
The poster, which read — “A Family Born Not From a Bloodline: But Bonded in Life by A Blue One” — was removed by Deriso who left with it. It was found in another part of City Hall.

Deriso said he did it because it sent the wrong message of “us v. them” and it was in his responsibilities to remove it.