The Situation at City Hall Ward 4 Commissioner Rainey weighs in 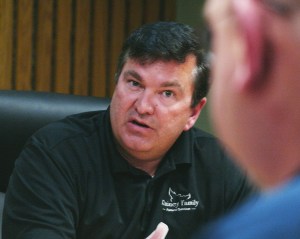 As more controversy arises regarding Joshua Deriso, the newly elected Chairman of the Cordele City Commission, others are weighing in. Ward 4 Commissioner Wesley Rainey wanted to share his thoughts about the situation at City Hall.

“January 11 appears to be the incident that brought everything to a head, referring to the resignation of Police Chief Mike Hathaway,” he said. “I was contacted by the police chief because he was uncertain about some requests Chairman Deriso had made regarding personnel and financial records. He told me that Deriso was requesting them in his capacity as the interim city manager. I told him “Whoa, he can’t do that. It’s illegal.”

“And section 2.15 of the so-called “new” city charter stipulates that “following the adoption of an authorizing resolution, the city commission — not a single commissioner — the entire commission — may make inquiries or conduct investigations into the affairs of the city.”

“It is illegal for someone to be chairman as well as city manager so I told him he needed to either contact Steve Fulford, the interim city manager; the new city manager, Angela Redding, who was to start her job the next day or if neither of them were available for him to file an open records request.

“All of this was to cover the city because Joshua was new and he will not listen to nobody at all or take advice from anybody. He is a very headstrong individual who thinks he is always right.

“The City Commission is just one small piece of what makes Cordele grow. It takes an army to carry us forward. You’ve got the city commission, the county commission, the Downtown Development Authority, Main Street, first responders, the school system — every part of it is necessary to make it grow.

“Joshua needs to learn that the city charter applies to the entire commission, not just one commissioner,” Rainey said.