Heard stays on as interim chief 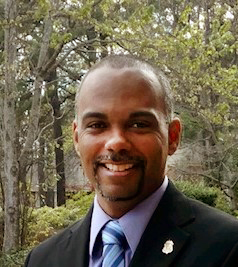 Friday was supposed to be Cordele Interim Police Chief Jalon Heard ‘s last day, but now he says he will remain until a permanent hire is made.

Heard first applied for the jobs following the departure of former Chief Lewis Green. He said he was being considered a finalist for the top job, but the city commission instead selected former Police Chief Mike Hathaway.

Heard was one of Hathaway’s first hires as the department’s patrol commander, but both resigned in February after ongoing disagreements with newly elected City Commissioners and Chairman Joshua Deriso.

He said he wanted to walk out the door with Hathaway but city officials required a two week notice from him making him the interim police chief for his final two weeks.

After two weeks as interim, Heard said he couldn’t leave the department in good conscience without leadership and agreed stay on until a permanent hire is made.

Heard said he believes he’s one of the top candidates for the position, but said he would only accept it with the stipulation that he won’t have to deal with the continuing meddling that Hathaway endured.