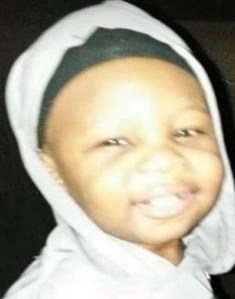 Human remains found in Crisp County in January were identified today by the Georgia Bureau of Investigation lab as 4-year-old Jayceon Mathis.

According to a press release, several members of Jayceon’s family filed a complaint in January with the Vienna Police Department claiming that they had not seen the child for several months.

Detectives investigated the claim but were unable to locate Jayceon or his mother, Keara Cotton, both of whom lived in Vienna. They said Cotton hadn’t been seen since the initial complaint was filed. They also told police they believed his mother was abusive.

Several days after the initial complaint was filed, the Vienna Police contacted the Georgia Bureau of Investigation (GBI) and requested assistance. A joint-agency investigation involving the Vienna Police Department, the Dooly County and Crisp County Sheriff’s Departments and the GBI searched for Cotton and eventually found her, arrested her and questioned her about Jayceon’s whereabouts.

Cotton was initially charged with two counts of cruelty to children according to the GBI, but not long after taking her into custody, the GBI announced that agents had also obtained information that led to the discovery of human remains in Cordele behind the Wendy’s and Ollie’s Bargain Outlet stores near E. 16th Avenue.

The remains were sent to the GBI Medical Examiner’s Office in Atlanta, in an attempt to identify the remains and determine the cause and manner of death.

Following the identification of the remains, Cotton was charged with one count of murder and one count of concealing the death of another in addition to the two counts of second-degree cruelty to children.