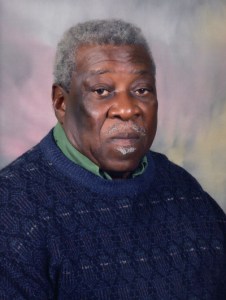 Mr. Williams is a 1959 graduate of the Historic Holsey Cobb Institute. After graduating he served his country by joining the United States Army in 1960 and became a soldier in the 101st Airborne Division for two years and two months at Fort Campbell, Ky.

In 1962, he was hired by the Cordele Police Department serving as one of the first Black Police Officers in Cordele, GA. Mr. Williams was employed with the department for 20 years and completed training from the University of Georgia with further studies in St. Petersburg, FL.  During his tenure with the Police Department, he was promoted to Detective in March of 1975 and Detective Lieutenant in 1978. In 1980, he was chosen as the Man of the Year awarded by the Peaceful Riders Club of Cordele for his achievements. He continued his career in law enforcement as a Probation Officer for 19 years before retiring.

Mr. Williams has always had a mindset of being a Small Business Entrepreneur. He served his community by owning the first black laundromat, A & M Laundry Mat in Cordele in the early 70’s. From 1977 – September of 2021, he continued his Entrepreneurship by Owning and Operating Williams Septic & Grease Trap Cleaning Services.

He was a very dedicated and active member of the Bethel CME Church where he has served in many capacities which included Trustee Board Chairman, Steward and Choir Member. He had a magnificent voice that warmed the hearts of others and was asked by many churches and organizations to share it among the community. His favorite song to sing would be “He Looked Beyond My Faults.”

He was an avid craftsman and could build anything by hand. Some of his favorite projects that he constructed among many were prayer benches, podiums, and rocking chairs. One of his larger projects was the remodeling of a church.

A memorial service for Morris Randolph Williams will be held at 11:00 am on Thursday, June 16, 2022 in the sanctuary of the Bethel C.M.E. Church in Cordele, GA.  The burial, with military honors will follow at the Bethel Cemetery in Cordele, GA. All family and friends are invited to attend the service.

Thanks to Mr. Morris Randolph Williams Jr. for Serving God, Country, and Community.