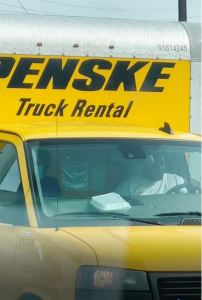 On June 13, 2022, a Deputy responded to Phillips Appliance about a suspicious person. The Deputy was told a male requested to pay over the phone for multiple appliances; after being advised he could not, the male emailed a picture of a fraudulent Georgia driver’s license and credit card. Later another male came to the store in an attempt to pick up the appliances; he claimed he was the nephew of the initial caller. Investigators obtained footage of the truck and license plate from Phillip’s Appliance and determined that the truck was rented with a fake license. Investigators ultimately tracked the vehicle to Chattanooga, Tennessee. Maurion Jones and Montreo Jones were taken into custody by the Chattanooga Police Department. Crisp County Sheriff’s Office continues to investigate this incident to determine if other fraudulent activity occurred.

“I would like to thank Chattanooga Police Department for working with us and apprehending these two subjects,” stated Sheriff Billy Hancock.