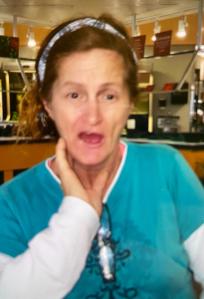 A troubled life came to a tragic end Saturday.

Johnnie Marie Walker, 60, better known by her street name, “Red,” was found behind a home in the 300 block of 11th Avenue East just before 3:30 p.m. She has been listed as a homicide victim.

Her body was found near the railroad tracks at 11th Ave. and Second Street. Cordele Police called in investigators from the Region 3 Georgia Bureau of Investigation office in Americus for assistance.

The area where Walker’s body was found is knee-high in brush.

“Several trails run parallel to the tracks,” Special Agent in Charge Bryan Smith said. “She was found on one of those trails.”

Jennifer Nicole Trenchard, 39, of Nichols has only fond memories of her Aunt Johnnie.

“She was more like a mom to me than my own mom,” Trenchard said. “When I was 6-years-old, I remember Aunt Johnnie and her sister, Aunt Martha, trying to give me a styling and they got Aqua Net hairspray everywhere. We all just laughed and laughed.”

But Johnnie had a very troubled life, she said.

“Her husband died a few years ago, then her older sister, who she was caring for, died too,” Trenchard said. “She has three children, two boys and a girl. Her daughter is paralyzed from the waist down and lives in a nursing home in Adel.”

It was her older sister’s death that seemed to push Aunt Johnnie over the edge.

“She turned to meth and alcohol,” she said. “My grandmother left a house to Aunt Johnnie but she didn’t stay there very much. She would leave for several weeks at a timeand no one knew where she was.”

Particularly troublesome is the wait for Walker’s body from the GBI lab in Atlanta.

“They are saying it will be three weeks to two months for her body to be released,” she said.

After that, all she can say is that Walker will be buried at the Antioch Baptist Church, but she can’t say when.